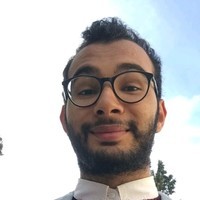 Private files, client details, contacts, payment information, bank accounts? Do these words sound familiar? They should be…
The internet did wonders for the world economy by allowing physical barriers to vanish which, in turn, made the world economy thrive in an unprecedented way.
Complex networks are now carrying information across the globe in a blink of an eye. Wireless payments being transferred in a matter of minutes, companies managed using cloud-based ERP systems and so on.
But this complexity came with a threat, a threat that is evolving at an alarming rate.

The threat is theft. We, however, know this threat under its streamlined name cyberattacks. 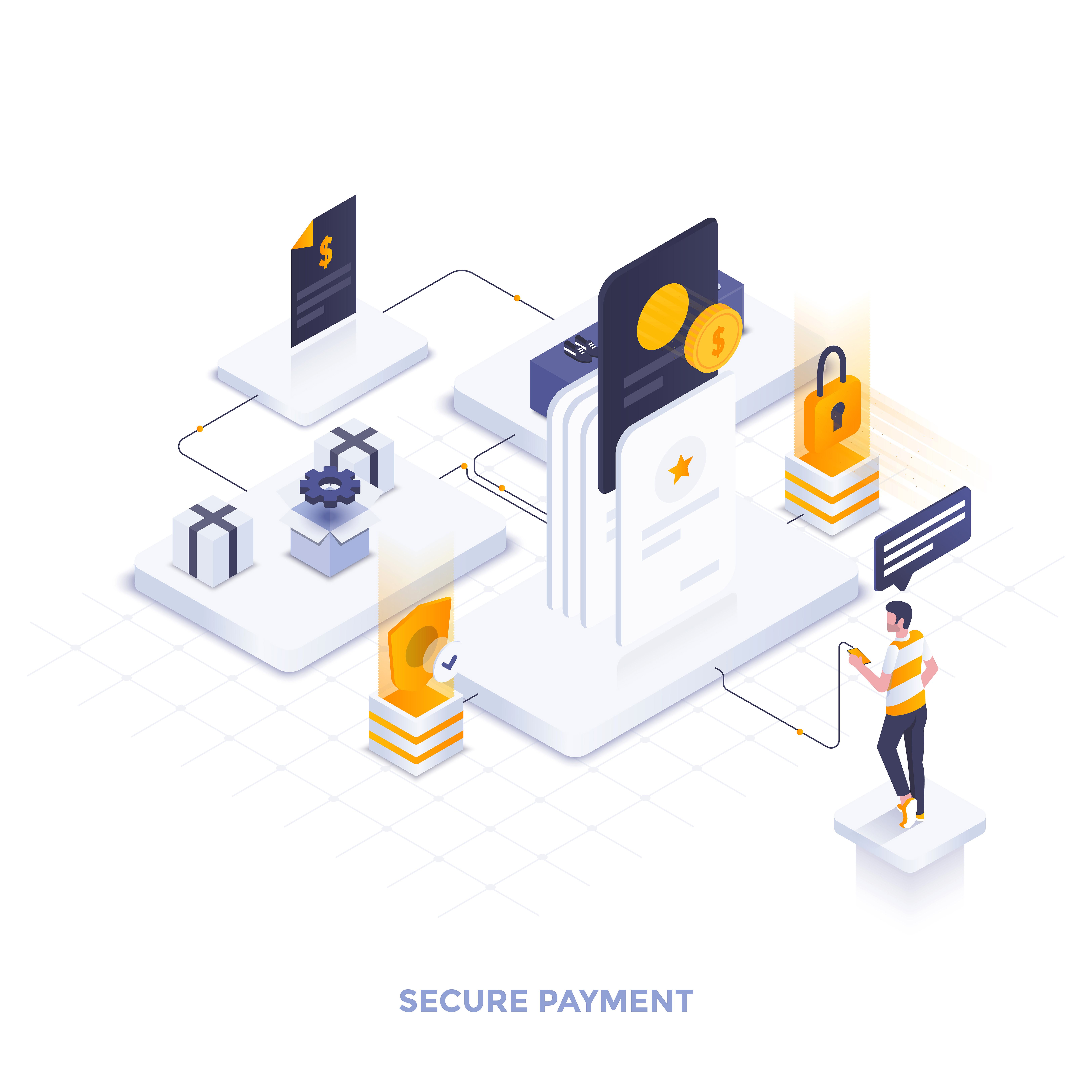 One would not have a hard time to guess or grasp the gist of cybersecurity as its semantic meaning is quite clear. However, there is always more to than what meets the eyes.

CISCO, the world’s giant in networks and their security, defines cybersecurity as the practice of protecting systems, networks, and programs from digital attacks. This is perhaps close to home from the definition you have had in mind.

These attacks are aimed at disturbing the general flow of business operations as an attempt to coerce money from users or companies. Data breaches are more frequent and the challenge of implementing effective cybersecurity systems is the fact that there are more mobile devices than people.

Accordingly, we can safely define cybersecurity is the process or act of protecting systems, including hardware, software and data, from hackers. In a computing context, it can be defined as the prevention against unauthorized access to computerized systems.

Cybersecurity’s aim is to help prevent data breaches and identity theft. This helps, in turn, in risk management as data breaches can be prevented or, if not possible, be proactive about it and help reduce, substantially, any serious damage. This has a strong logic to it. If an organization has a strong sense about its cybersecurity system, it will be able to prevent and alleviate cyber-attacks. For example, end-user protection defends information and guards against loss or theft while also scanning computers for malicious code.

As we learned, it is of the utmost necessity to protect data and other individual private information from cyber threats. But to do so, we need to know which forms cyber threats take in order to develop effective methods to fight it. This is no easy task to be done. This has a lot to do with the technological advancements happening and also the increasingly cunning creativity of attackers. In short, cyber threats can take many forms from which we will list these infamous ones:

As stated in the previous line, cyber threats are becoming more recurrent as attackers are finding new and smarter ways to jeopardize the safety of companies’ data. But, online security or web security is not the only thing companies should focus on.

As mentioned above, there is one more thing that is spreading as fast as cyber-attacks or threats, and that’s mobile devices.
Protecting your systems is a very good strategy to prevent any form of harm, especially financially. But, what if the war is waged on two ends?

Mobile device security is a very important aspect that we need to look at since millions are connected through those devices. Millions, evidently, that need their data protected.

This could lead to dangerous implications for enterprises. If an attacker gains access to a user’s phone, bad things shall happen. But, what if that user is employed a big company with sensitive data stored on their device?

Mobile devices, as they become more interconnected thanks to IoT, are becoming a rich source of data which makes them a good target for attackers. Here are the major threats hanging over our devices.

Data Leakage
Data leakage is widely regarded as the most worrisome threat to enterprise security. When it comes to a data breach, companies have a nearly 28% chance of experiencing at least one incident in the next two years (Penemon). This means that the odds of an enterprise suffering from a data breach is of more than one in four. Something to think about…
What makes this especially hard is that it often isn't a malware of nefarious nature; rather, it's a matter of users making wrong decisions about permissions. This encapsulates which apps are allowed to access and distribute the information.

Wifi-interference
Here’s a fact that always helps to be aware of: your mobile device is only as secure as the network through which it transmits data. With people connecting more on public wifi networks, your phone might not be as secure as you might think it is.
Nearly one in four devices has connected to open Wi-Fi networks and 4% of devices have encountered an attack in which someone maliciously intercepts communication between two parties. Network spoofing has increased significantly as of late, and yet less than half of people bother to secure their connection and rely on public networks, especially during travelling.

Crypto Attacks:
The newest addition to mobile threats would be crypto attacks or as commonly known as cyber-jacking. Essentially, cyber-jacking is a type of attack where someone uses a device to mine for cryptocurrency without the owner's knowledge. If an enterprise employee falls victim of such an attack this means that the crypto mining process is using the enterprise's devices for someone else's gain. It leans heavily on the technology at hand to do it — which means affected phones will probably experience poor battery life and could even suffer from damage due to overheating components.

While mobile app threats are very relevant nowadays, they are not the only ones that you need to be careful of. When a mobile app gets hacked and the data gets stolen it will be very huge breach for the business operating that app. But, that’s not the only way to breach a company. If a company is not deploying any mobile apps as part of their business operations, it will be quite hard to hack them as there no mobile app to hack and then leverage against them. But, there are other ways to breach a business’ security. The list that follows describes the most innovative ways hackers are using to breach companies’ security systems:

Online Mafia aka Cybersecurity Sandicates:
It is true that developing a solid and very secure system is very important, but the realest threats lies inside your business. This might sound like something from a spy movie, but unfortunately it is true and it is happening. The fastest way into a company is from the inside.

Intellectual Property Theft
Another major internal cyber security threat to a business is losing its intellectual property rights.This can happen in two ways. The first thing that can happen is an employee stealing company’s data like patents, new projects or designs. The second way is for product manager to get hacked and his/her files stollen. They may sell this information to outside customers. They will then stay hidden within the company for as long as possible.

Phishing
Phishing is a hot topic these days.The reason behind this is that employees use computers at work for personal use, and they do this a lot. Phishing has become a widespread epidemic because it is so successful. Phishers often use a combination of deceptive websites and emails with social engineering. This technique is used to steal personal information from employees by convincing them that they are entering their personal data on a legitimate website while in truth the phisher is stealing their personal information to get remote access to their computers to steal sensitive data.

Bot Networks
Bot network operators often target businesses because they are likely to have a large number of devices with a lot of bandwidth. Bot networks are often rented out for financial gain. These networks are used for a variety of purposes such as spam, DDoS attacks, malware attacks, phishing, and other malicious activities that can’t be traced back to the originator. In fact, some employees might be deceived into uploading a bot network which might lead into a financial disaster. This is why it is important to educate the employees on cyber threats and how to avoid them.

Accomplished entrepreneur. Passionate about Software engineering with skills aquired at the University of Toronto and UQAM. Now proud Managing Partner at Brossard Design ( Software Engineering Firm) and investor in many other Ventures. I Hope to inspire people with my creative team and my will to build strong relationships and great Tech Solutions. With experience and interest in modern software technologies (Mobile app solutions, AI solutions, Web Apps & creative software's) we strive to create a unique and personalized products and solutions to help our partners & clients develop their projects and businesses.

How to get Funding for your App or Software... 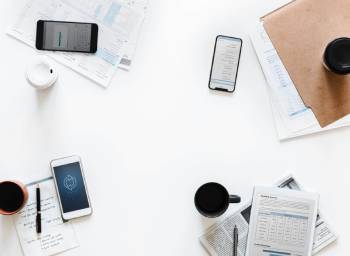 How To Narrow Down The Target Market Of For Your Mobile App.

Developing a great mobile app can be a very seamless experience with the right developing team, but ... 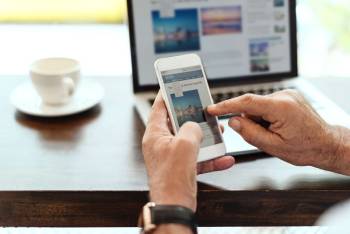 The mobile industry has grown increasingly as most people are now using their phones daily to accomplish tasks other than calling and texting others. 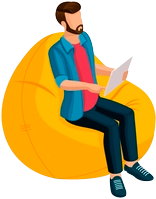